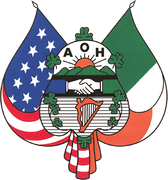 Posted here are book reviews of interest to members
and/or friends of the Patrick Ryan Division.
If you have reviews you would like to add, submit them to the webmaster.

More than 27 million Americans today can trace their lineage to the Scots, whose bloodline was stained by centuries of continuous warfare along the border between England and Scotland, and later in the bitter settlements of England’s Ulster Plantation in Northern Ireland. Between 250,000 and 400,000 Scots-Irish migrated to America in the eighteenth century, traveling in groups of families and bringing with them not only long experience as rebels and outcasts but also unparalleled skills as frontiersmen and guerrilla fighters. Their cultural identity reflected acute individualism, dislike of aristocracy and a military tradition, and, over time, the Scots-Irish defined the attitudes and values of the military, of working class America, and even of the peculiarly populist form of American democracy itself.
Born Fighting is the first book to chronicle the full journey of this remarkable cultural group, and the profound, but unrecognized, role it has played in the shaping of America. Written with the storytelling verve that has earned his works such acclaim as “captivating . . . unforgettable” (the Wall Street Journal on Lost Soliders), Scots-Irishman James Webb, Vietnam combat veteran and former Naval Secretary, traces the history of his people, beginning nearly two thousand years ago at Hadrian’s Wall, when the nation of Scotland was formed north of the Wall through armed conflict in contrast to England’s formation to the south through commerce and trade. Webb recounts the Scots’ odyssey—their clashes with the English in Scotland and then in Ulster, their retreat from one war-ravaged land to another. Through engrossing chronicles of the challenges the Scots-Irish faced, Webb vividly portrays how they developed the qualities that helped settle the American frontier and define the American character.
Born Fighting shows that the Scots-Irish were 40 percent of the Revolutionary War army; they included the pioneers Daniel Boone, Lewis and Clark, Davy Crockett, and Sam Houston; they were the writers Edgar Allan Poe and Mark Twain; and they have given America numerous great military leaders, including Stonewall Jackson, Ulysses S. Grant, Audie Murphy, and George S. Patton, as well as most of the soldiers of the Confederacy (only 5 percent of whom owned slaves, and who fought against what they viewed as an invading army). It illustrates how the Scots-Irish redefined American politics, creating the populist movement and giving the country a dozen presidents, including Andrew Jackson, Teddy Roosevelt, Woodrow Wilson, Ronald Reagan, and Bill Clinton. And it explores how the Scots-Irish culture of isolation, hard luck, stubbornness, and mistrust of the nation’s elite formed and still dominates blue-collar America, the military services, the Bible Belt, and country music.
Both a distinguished work of cultural history and a human drama that speaks straight to the heart of contemporary America, Born Fighting reintroduces America to its most powerful, patriotic, and individualistic cultural group—one too often ignored or taken for granted.
​Submitted by: Joe Kelly

Title: "The Immortal Irishman: The Irish Revolutionary Who Became an American Hero"

A New York Times Bestseller! Winner of the 2017 Montana Book Award. The Irish-American story, with all its twists and triumphs, is told through the improbable life of one man. A dashing young orator during the Great Famine of the 1840s, in which a million of his Irish countrymen died, Thomas Francis Meagher led a failed uprising against British rule, for which he was banished to a Tasmanian prison colony. He escaped and six months later was heralded in the streets of New York — the revolutionary hero, back from the dead, at the dawn of the great Irish immigration to America.
Meagher’s rebirth in America included his leading the newly formed Irish Brigade from New York in many of the fiercest battles of the Civil War — Bull Run, Antietam, Fredericksburg. Twice shot from his horse while leading charges, left for dead in the Virginia mud, Meagher’s dream was that Irish-American troops, seasoned by war, would return to Ireland and liberate their homeland from British rule.
The hero's last chapter, as territorial governor of Montana, was a romantic quest for a true home in the far frontier. His death has long been a mystery to which Egan brings haunting, colorful new evidence.
Submitted by: Joe Kelly

In the winter of 1951, a storyteller, the last practitioner of an honored, centuries-old tradition, arrives at the home of nine-year-old Ronan O'Mara in the Irish countryside. For three wonderful evenings, the old gentleman enthralls his assembled local audience with narratives of foolish kings, fabled saints, and Ireland's enduring accomplishments before moving on. But these nights change young Ronan forever, setting him on a years-long pursuit of the elusive, itinerant storyteller and the glorious tales that are no less than the saga of his tenacious and extraordinary isle.

A wonderful, page turning novel containing stories, oral histories, of Ireland and it's people. When the last page was turned, I wanted to go back and start again at page one.
​